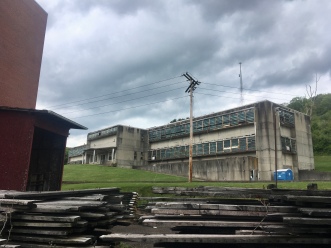 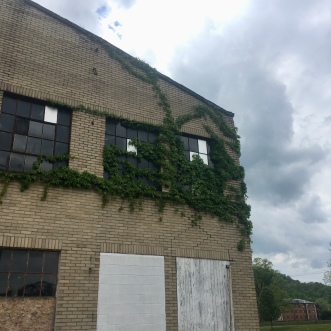 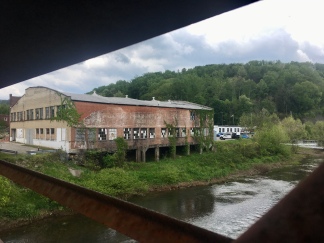 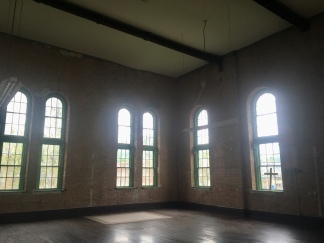 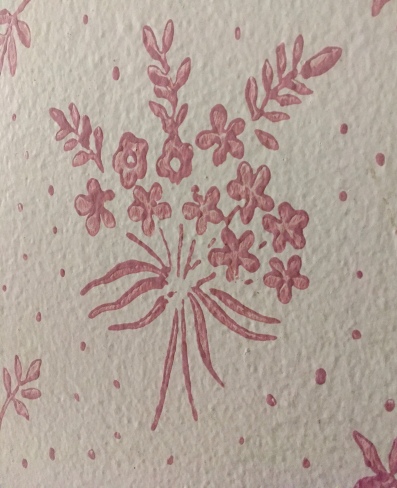 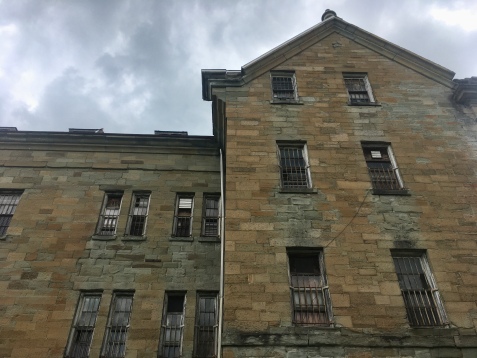 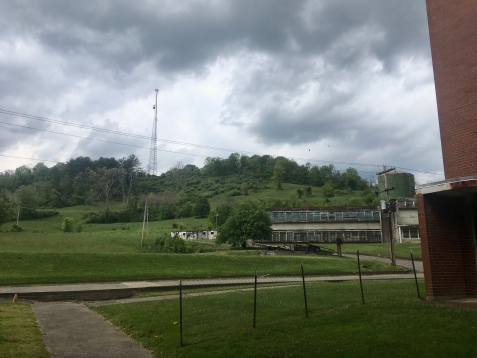 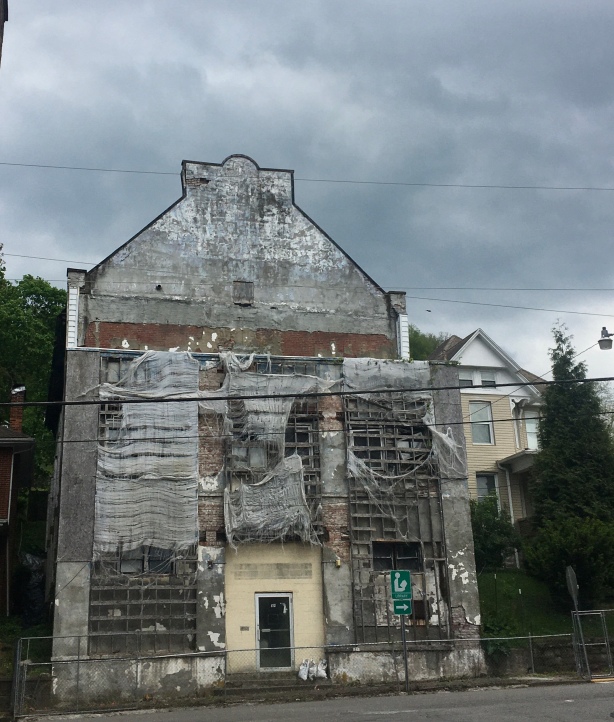 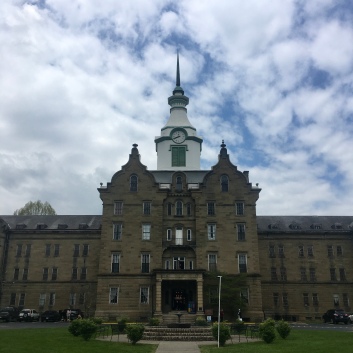 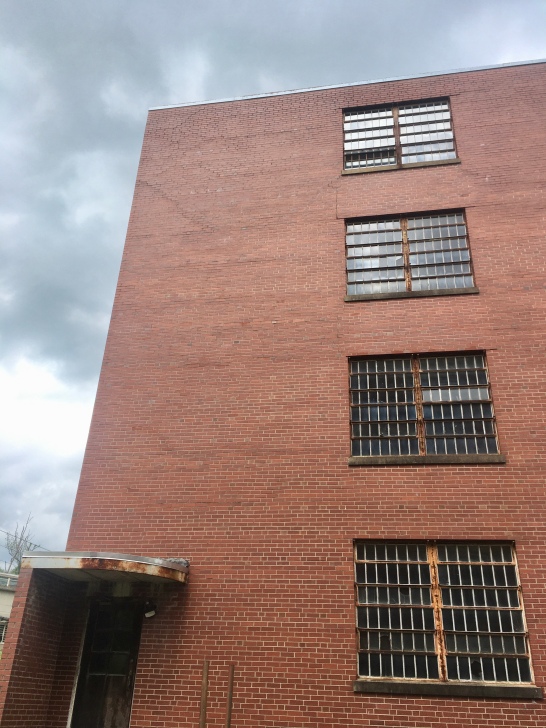 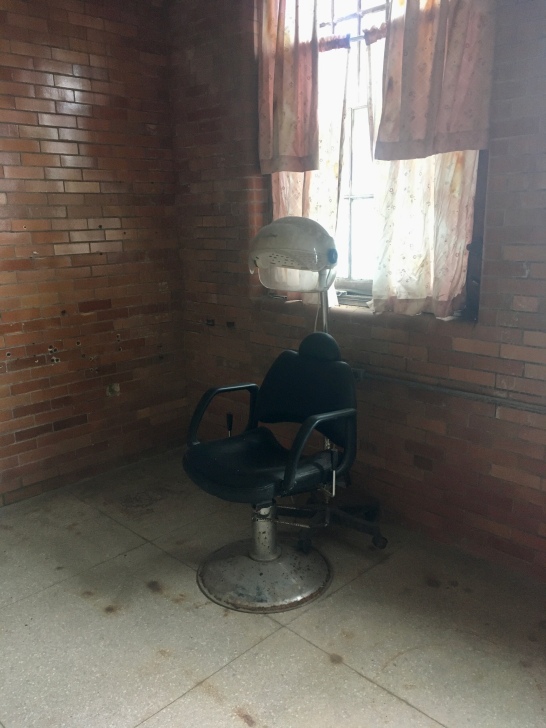 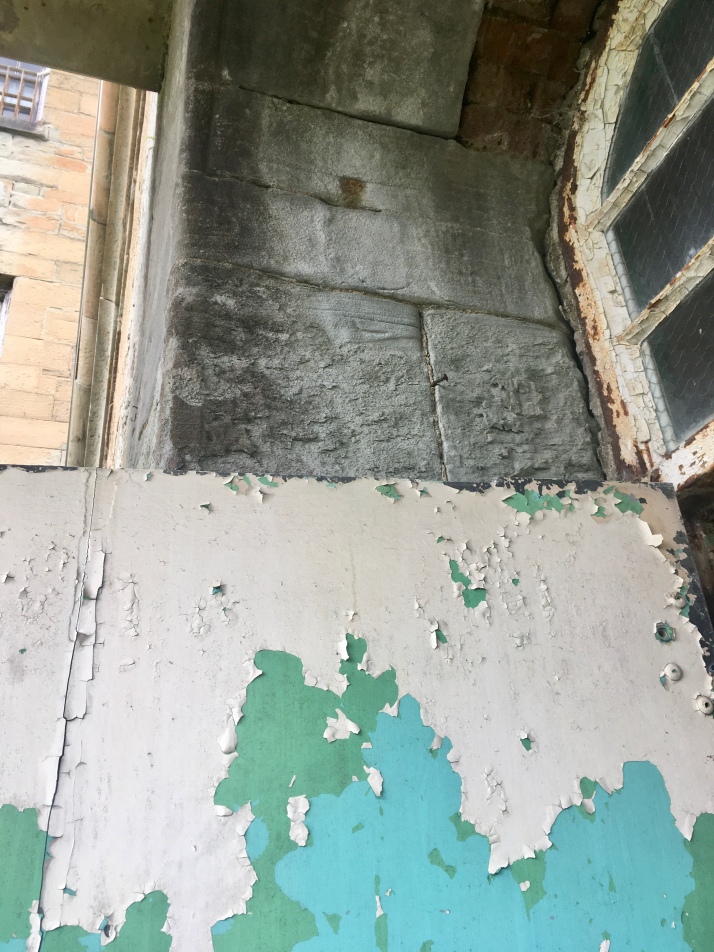 Some 21 months ago I moved out of my little rental house in central Texas. I gave up a bunch of my stuff, put a bunch more in storage, and moved into a van named Foxy. I spent 8 months and change traveling the country in Foxy with my little dog Hops, and then nearly a year ago I moved into a little rental house in Buckhannon, West Virginia, where I tried a new thing: teaching college English. This month I trekked back to Texas to clear out my storage unit. I’ve moved all my things into the house here in Buckhannon. I sold the van – Foxy has a new owner and while she’s aging, I hope they’ll get a few more adventures in before she’s done. Hops is aging, too. I’ve been awarded a second year’s teaching fellowship. I’ve fallen in love with my new home – I’ve made great friends, gotten involved in a great community of mountain bikers and trail builders and advocates, and I’m working to invest myself in this place. I’ve taken legal residency in West Virginia after 11 months of living here uncommitted. I want to make this work.

The symbolic and emotional significance of legal residency, selling Foxy, and moving my stuff out of storage is enormous. It feels a bit precious to put that out there; it’s an intimacy to share, and it all feels insignificant in the face of a global pandemic and the rightful and righteous unrest over the United States’ racial inequities. But it’s what I’m experiencing right now, and I wanted to say so.

Thank you for following me in and out of houses and vans and geographic loyalties over nearly the last two years. This will be my last post here, I think, although I plan to keep the site active, at least for the foreseeable; it’s a valuable reference point for me. Thanks for letting me share.

No, I’m not back in Foxy, but I wanted to check in.

In 2019, I finished my MFA, visited 22 states in eight months while living in a van, and started a new job teaching college (which meant moving to a new town). It was a big one, and I’m pleased.

In 2020, there will be more teaching college, more living in a van, and more who-the-hell-knows-what. I’m pretty pleased about that, too.

I’m a little shy about sharing this publicly, but I’m hoping to try mountain bike racing again this spring.

In the last three weeks I did some travel.

Taught my last class of the semester, attended a couple of basketball games that night, and headed out early the next morning, with forty-something student portfolios in tow.

In the Dallas area, I saw a friend’s band play, and played board games with his kids.

I visited my storage unit to pick up a hardtail mountain bike (yay!) and drop off a newly acquired card catalog (yay!). Rode McAllister Park in San Antonio, and visited a brewery that I used to call home, where I was treated like family still.

After a lovely stay in the Texas Hill Country, and topped up with four cases of beer and half a case of liquor, I headed into my hometown of Houston. I tried to eat all the good food in town (eye roll), and saw some friends who are really more like family. Got my hair cut and colored, and rode Memorial Park, Double Lake, and some bayou paths. Ate sushi, poke, Mexican, BBQ, vegetarian, breakfast tacos, Whataburger; did a yoga class at a brewery and visited two museums; celebrated Christmas with a family that I’ve grown up with. Hops almost got dognapped but all ended well.

At my final stop, I rode the old race course at Lake Bryan for the first time in maybe nine years or so, and hung out with some dear friends. We did some more yoga, visited a few more breweries, and attended a college basketball game.

Throughout I had warm weather, great food, good trails, and the best company. I drove nearly 3,500 miles and visited a 23rd state (in Foxy). I found out that a friend had died, and my mother had a birthday. Coming home to West Virginia, I especially loved seeing the rickhouses along the highway in Kentucky. I saw several bald eagles and many red-tailed hawks, including the first time I’ve ever seen one make a kill (a small rodent). The sun set as I crossed the Kanawha River. I listened to Eddie Spaghetti sing “there’s no such place as far away / until you’ve left something behind,” and thought about how far I’ve come.

I take a lot of pictures of trees against skies, but I think most of them I’ve taken at Double Lake. 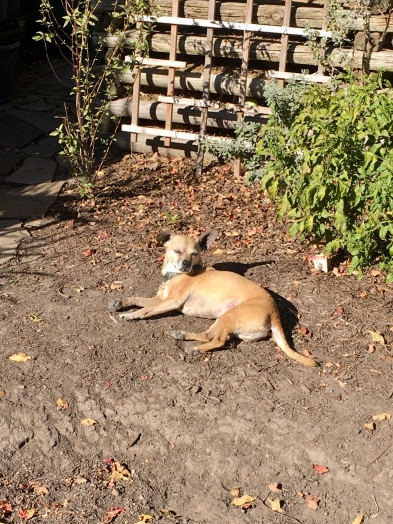 Hops soaks it up 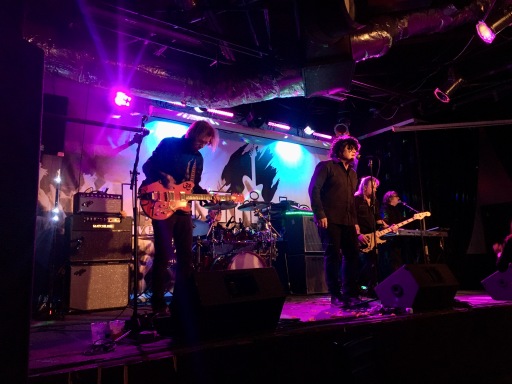 cheers to Mom’s birthday from afar 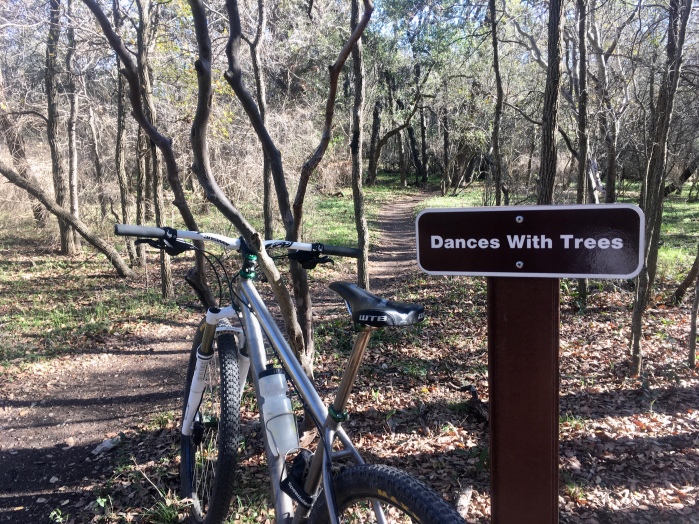 one of my favorite signs

Before I get too misty-eyed, let me wrap up this wrap-up post. In nine months or so, the plan is start chapter 2. Thank you so much to all of you who have kept up along the way. If you got a postcard from me on the road, would you consider sending me one now that I have an address? PM me for that info. Lots of love.

I wrote a post over at that other blog on how my teaching is going. Just a few days in, but I wanted to share. Hops and I are feeling fairly well settled in our little house; I have made some mountain biking buddies and found a gym and a pool. I like it here in Buckhannon, a sweet little town with everything I need for the next nine months. After that, I’m still psyched to hit the road again.

I still owe you a wrap-up post with all the juicy stats collected in my eight months on the blue highways in Foxy. It’s coming one of these days… and then we’ll really settle into silence until the next adventure.

Well, I lied when I said there would be just one more post. There will be a couple, it seems.

My dad came to visit immediately upon Liz’s departure, and we have continued the projects that Liz started/helped conceive. We put my mattress up on a platform of plywood and milk crates. We repaired the screen door. We’ve been documenting a few maintenance requests. And walking the neighborhood, and exploring the town (a local Italian place turned out excellent! craft beer here is more expensive than I’ve seen it, ever!), and exploring a little further away as well. We spent a day in the mountains and today we’ll spend another. I’ve had a few more bike rides with new friends! It’s all very exciting.

at a park in Pittsburgh, between airport runs 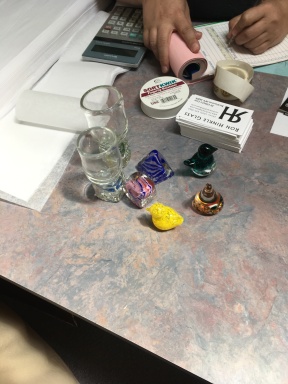 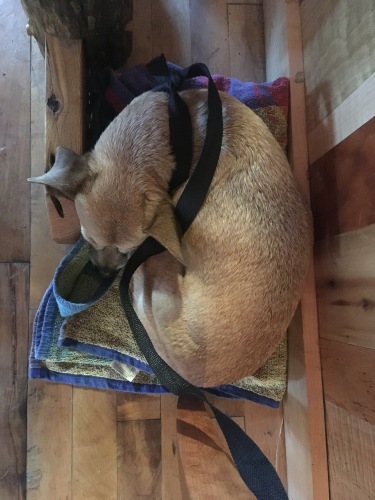 Hops at Big Timber on his birthday! 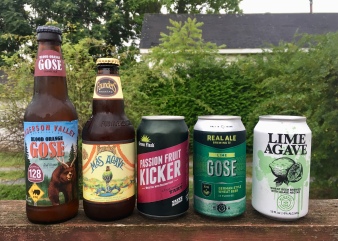 Gose flight (purchased at a bottle shop in Pittsburgh, except one brought from Texas) 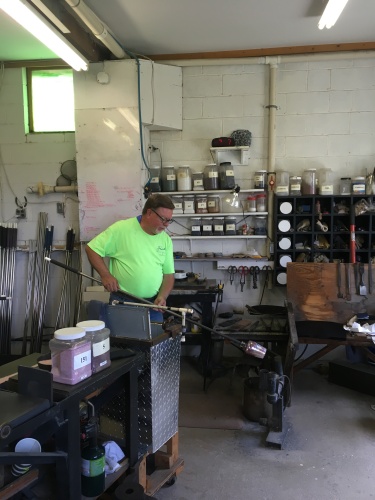 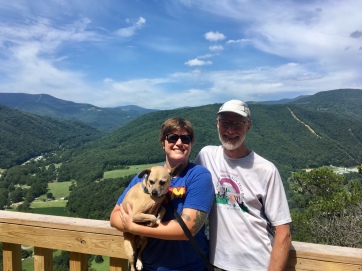 with Pops at Seneca Rocks

We also celebrated Hops’s 11th birthday at a brewery after a good day of hikes – he napped well.

I am still touristing, a little, in my new town. As soon as Pops flies out, though, it’s back to work: I’ll have less than a week til orientation starts at the new job, and my syllabi need work. Busy busy…

If you surrendered to the air, you could ride it.

You wanna fly, you got to give up the shit that weighs you down.

If there is a book that you want to read, but it hasn’t been written yet, you must be the the one to write it.

Something that is loved is never lost.

(I am still working on this one.)

The move began with a desk in the van, on loan from my buddy Doug for the duration of the time I’ll be living here in Buckhannon, WV.

The next few days were a delightful whirlwind. My buddy Liz came to visit and help out. We moved in a bunch of free/gifted furniture, she helped me get set up; we enjoyed some local food & drink, and walked around the neighborhood. 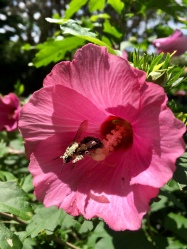 I didn’t take many pictures, and none (sorry to say) with Liz.

It was a delight to have her here, and it was the end of an era. The next weeks involve a visit from my dad that I’m really looking forward to, and prep for the beginning of the semester and the start of my new teaching gig. Foxy has been emptied out, down to her frame and cabinetry. I’ve brought the mattress in to sleep on it indoors, which will make it a little harder to use her for weekend trips – I’d need help to reload the mattress, and back and forth. Well, we’ll see. There is a lot to be seen about my new life.

The end of the Foxy travels era also means the end of this as an active blog. I expect I’ll be wildly busy with the new job, and integrating into a new community. I figure I’ll post once more here, after several weeks, to let you know how the settling is going; but the next post is likely to be the last, at least for a while. The plan as of now is to hit the road again next May, when my nine-month contract with the college ends. At that point, I expect, I’ll restart this blog when I restart the travels. But the future is never known for sure, is it.

Thanks for being with me during these weird and wonderful months. Here’s a picture of Hops at our little house. Cheers and hugs, friends. 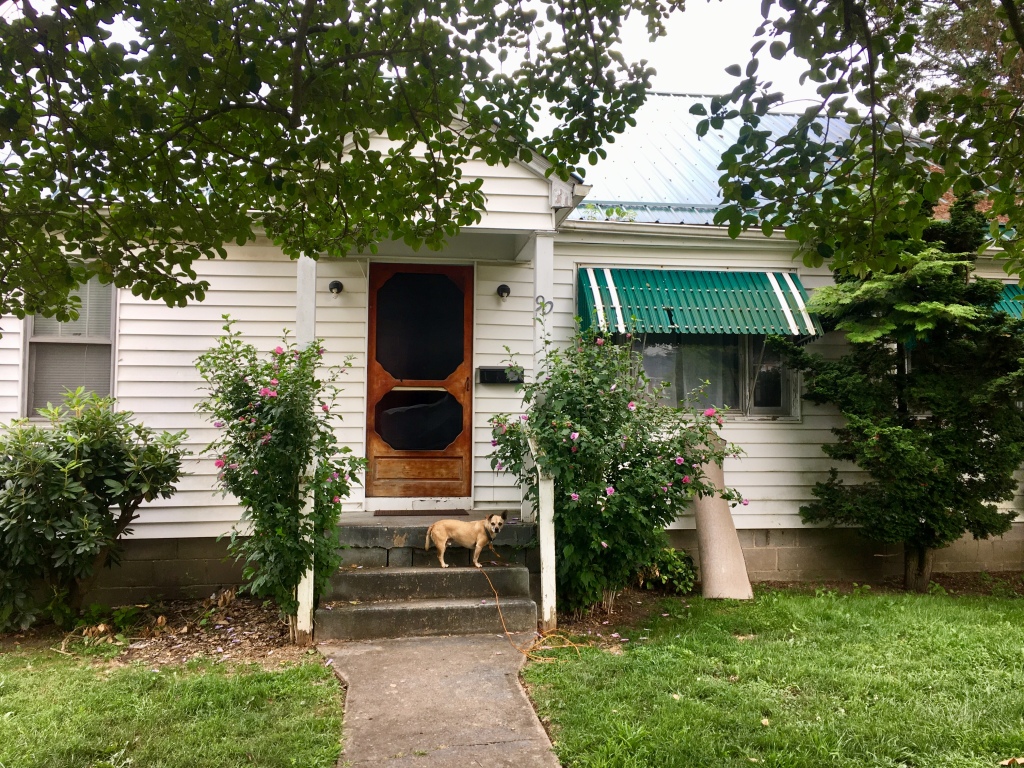 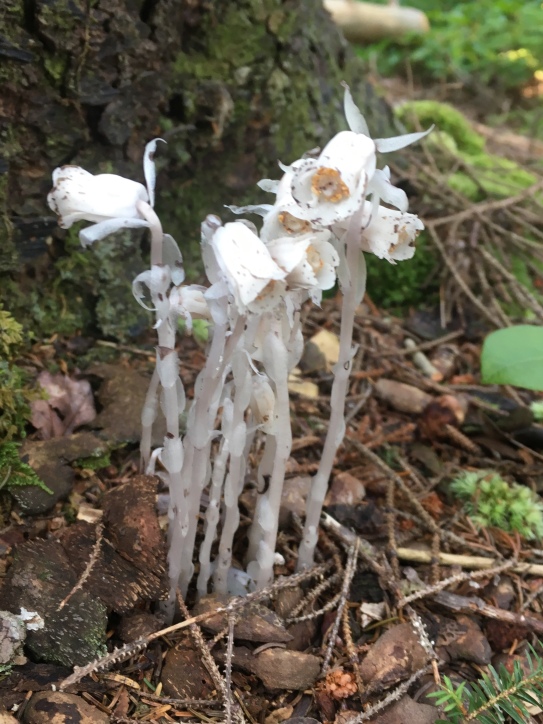 ghost pipes (thanks Melissa for the ID) 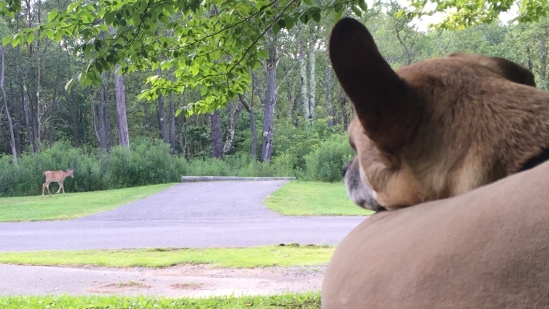 Hops tolerates deer (not pictured: Hops does not tolerate whistlepigs) 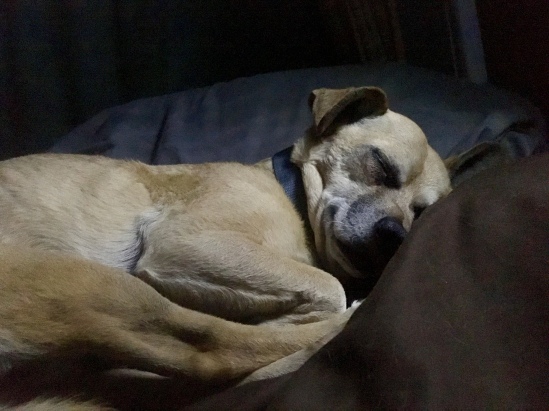 Well, friends, we’re nearing the final hours of Foxy livin’. I’ll try and review a few things for you here, but it’s busy times (when I’m within cell range in these lovely mountains).

Since I last wrote to you, I headed into the town of Elkins for a day and a night, to see some friends and do some conferencing about my upcoming new JOB (eek). From there, we drove up to Spruce Knob, the highest point in the state of West Virginia. 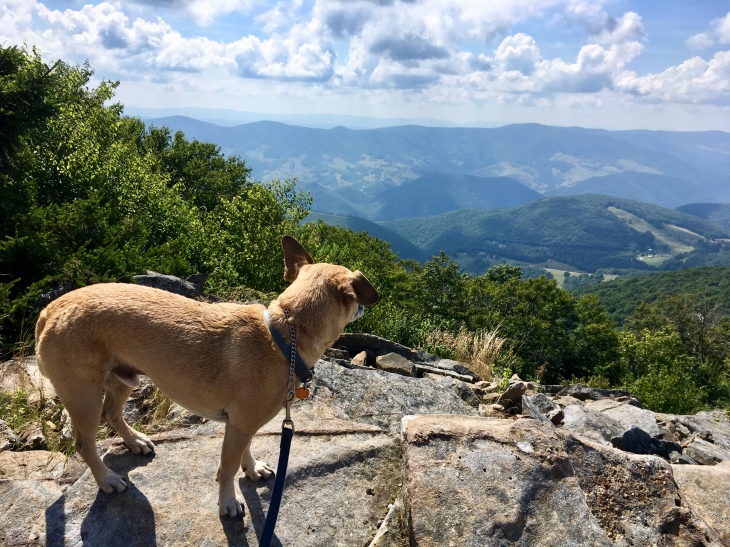 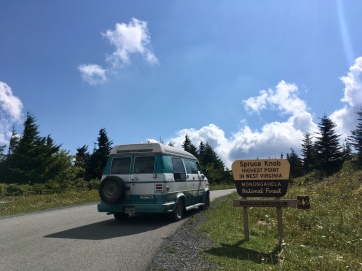 but where are the plateaus that are allowed to just be plateaus?

at the observation tower

We had a couple of nice nights of camping, with weather cool enough that we had a fire one night, and hiked a bit up in the hills.

I’ve been reading & writing furiously, and doing some planning for the move coming up, and a couple of visitors right out of the gate. I know I keep using this word, bittersweet, but truly… I’m excited for all the change, and I’m going to miss this here. 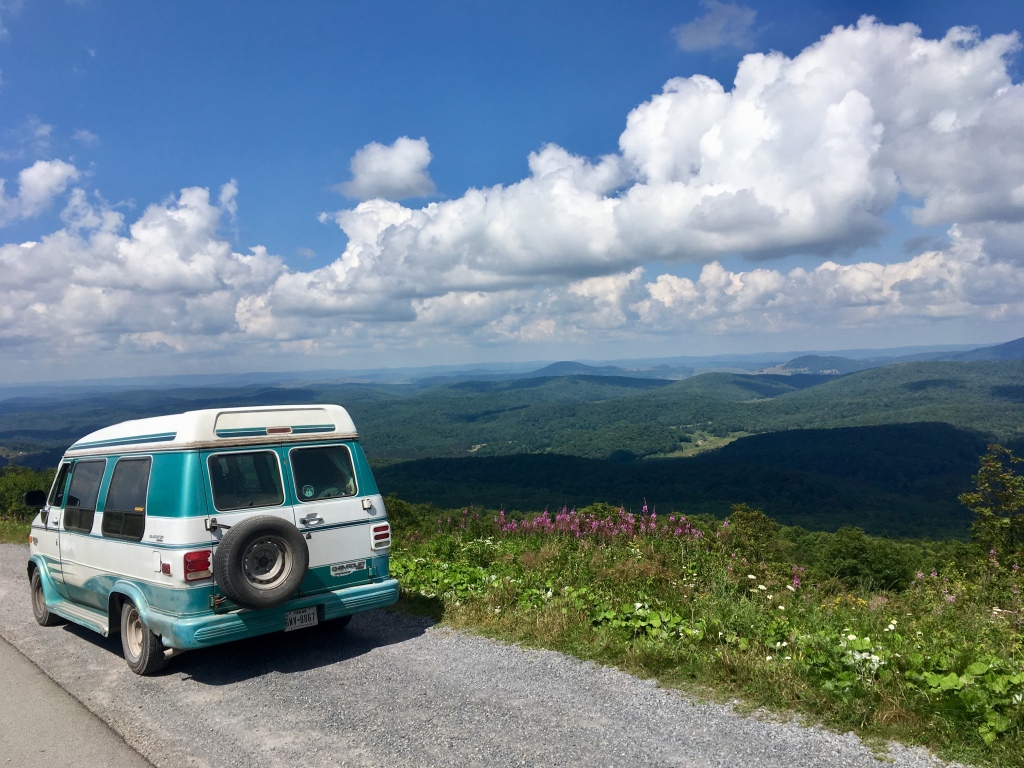