I’ve been in the Dallas-Fort Worth area for a few days now, doing laundry and sitting on soft things indoors, walking my dog in the city, checking out bars and restaurants, visiting with my mother and old friends. I have done a poor job of taking pictures; here is a poor one of my mother and I in a beer bar.

The biggest (and most photogenic) event has been our day trip out to the Fossil Rim Wildlife Center in Glen Rose, where we took a guided tour and saw some 20 species, mostly pictured below (missing are Waterbuck and Sable antelope). 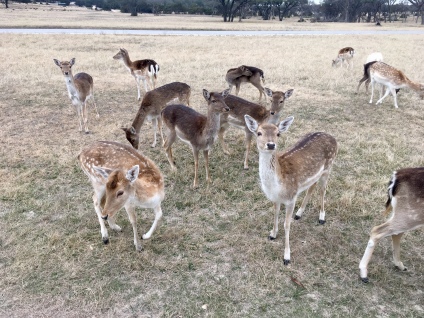 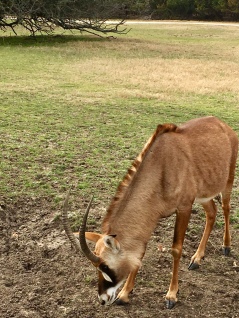 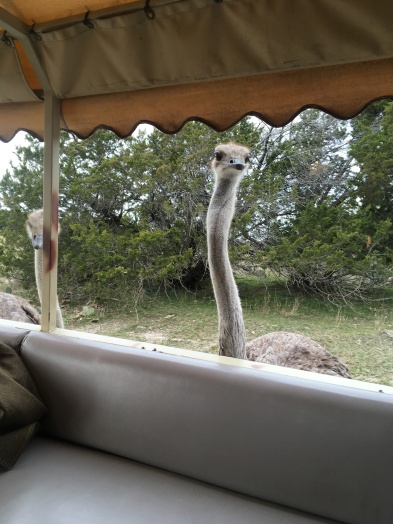 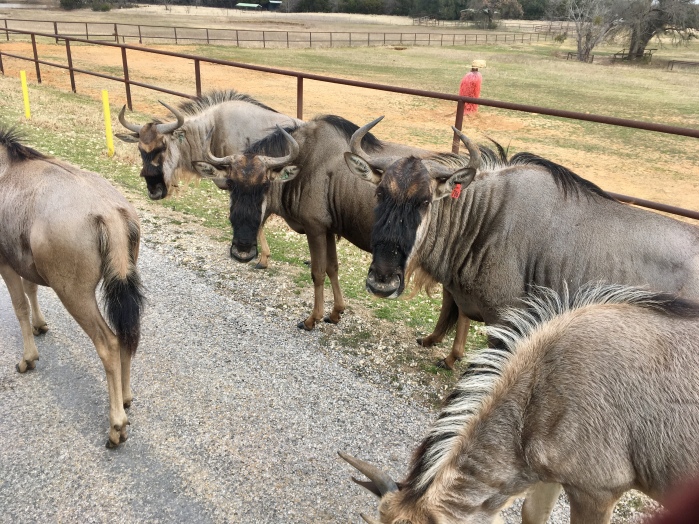 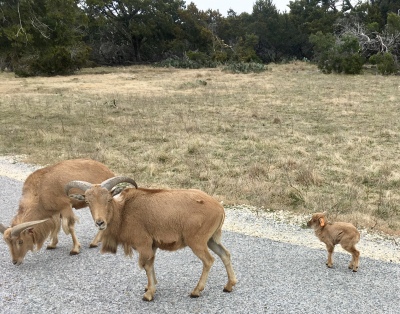 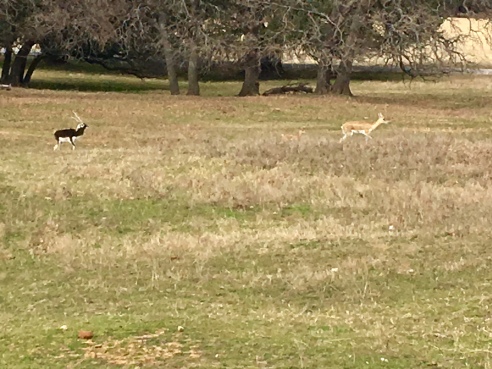 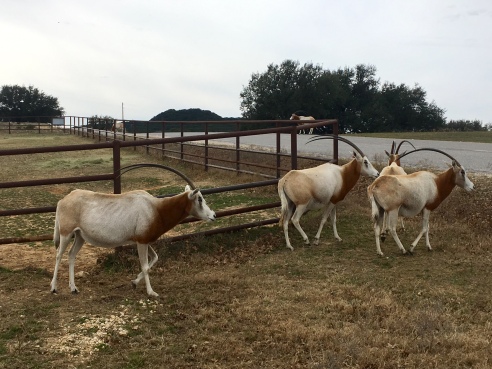 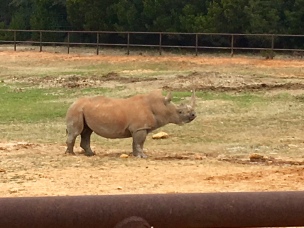 Again, I am not a professional photographer. Sorry. The lovely Emu in particular deserved better photography, but they were so eager to eat the protein pellets we were given for them that they were always too close!

But it was a great tour! We got to see so much! We missed the American bison (but I saw some just the other day in Caprock), Axis deer (but I used to see those in my old central Texas neighborhood), Dama gazelle, Greater sandhill crane (bummer, that), and Przewalski’s horse (same). We did see wild turkeys and American crows, black and turkey vultures, and the ubiquitous white-tailed deer. We did not tour the Jim Jackson Intensive Management Area, and so we missed Attwater’s prairie chicken; Black-footed cat; Mexican gray, Maned, and Red wolves; Brown-nosed coati; Grevy’s zebra; and the Southern black rhino. Bummer, again. I may need to make another trip. They have some apparently loving lodgings onsite too, and I would make a more extended stay out of it, but no Hops allowed.

On our way back out of Glen Rose we stopped at Dinosaur Valley State Park (where I raced a mountain bike race years ago) and saw some dinosaur tracks, but they don’t photograph terribly well being underwater.

It’s been a nice interlude, and good to have company and a little bit of indoor space, I confess. In the next few days I’m looking forward to seeing more loved ones I don’t get to see very often. But I confess I miss the road, too. East Texas, I’ll be seeing you…