Birmingham’s main draw was another landmark: the Birmingham Civil Rights Institute. This is a newish museum dedicated to the civil rights movement generally, with an emphasis on Alabama’s role, and Birmingham’s in particular. I appreciated a number of timelines that put in perspective events in Alabama alongside national and international events – mostly within the realm of the movement, but with a few outliers, too. I recently wrote something about the importance of an interdisciplinary approach to education and, well, to life. This fit what I was thinking about.

Featuring heavily were certain local events: the Children’s Crusade, in which thousands of minors marched and were arrested, and had dogs and water hoses turned on them. MLK’s arrest and subsequent “Letter from Birmingham Jail.” And the bombing of 16th Street Baptist Church, when four little girls were killed, one lost an eye, and many more were wounded – two boys were killed that day on the streets of Birmingham, too, in the aftermath.

The museum was lovely, and nicely multimedia, with lots of audio recordings available as well as pictures and captions and artifacts and sculpture. It was a bit overwhelming, though (especially with different audio tracks going simultaneously). After nearly two hours, I was relieved to head outdoors. Across the street is Kelly Ingram Park, where the Children’s Crusade marchers were attacked. This city block is filled with sculpture – a rich museum in its own right, and outdoors (so, dog-friendly).

Catty-corner from the park, and so across the street from the Institute, is the 16th Street Church. Down another street, behind the Institute, is the Gaston Motel, an early model Black-owned business and center for the local movement, where MLK took up residence for a time while strategizing. The motel, unfortunately, is boarded up and falling down; but it is part of the National Monument, and hopefully they’ll figure out how to save it. 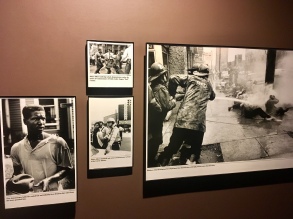 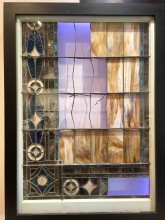 “This original window from the balcony of the 16th Street Church was not damaged in the bombing. The missing panes were removed to repair other windows.” 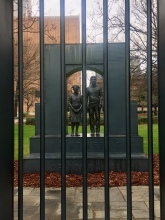 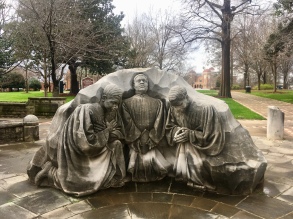 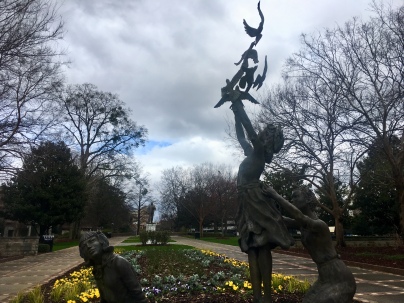 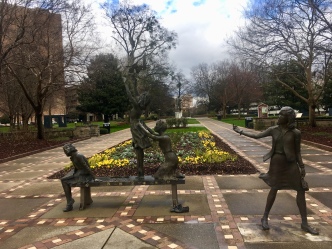 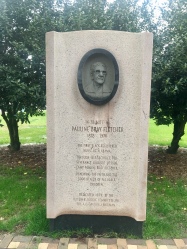 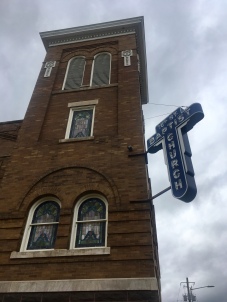 “this sculpture is dedicated to the foot soldiers of the Birmingham civil rights movement.”

I don’t know what words to add to these pictures. Please visit sites like these yourself when possible. If you want to do more, a decent start might be giving some money. I like the Southern Poverty Law Center.

Because every day is mixed, I had to step out of my museum-goer mode at one point to sit in the van (while parked for free! at Kelly Ingram Park, with free! city! wifi!) and conduct an author interview via Skype, for work. (Check out pagesofjulia for that sort of content.) It was a delightful interview, and I’m so grateful to get to do this sort of work while on the road. I’m a lucky woman.

To book-end my day of reading about small children bombed and water-canoned and attacked by dogs, I am reading a book (also for work) about domestic violence and intimate partner homicide and familicide, and the dire state of such things in this culture. It’s an excellent book, and the civil rights monuments are terribly important. But, whew. So…