Whew. What a place for me to visit. I can scarcely say in a little ol’ blog post what this all means to me, but the Drive-By Truckers and Jason Isbell are some of the most important artists to me in the world. And their world to a large extent begins in a little town called Muscle Shoals, Alabama.

Muscle Shoals is also the nexus and birthplace of a huge amount of great music – seriously, if there’s music you love in the world, I’d bet money some of it originated in this little town. And the roots of so much good music. Again, I won’t attempt to tell you the whole story myself. You should check out an excellent documentary titled, yes, Muscle Shoals to get the scoop.

I knew that I had to visit on this trip, as a paying of respects. 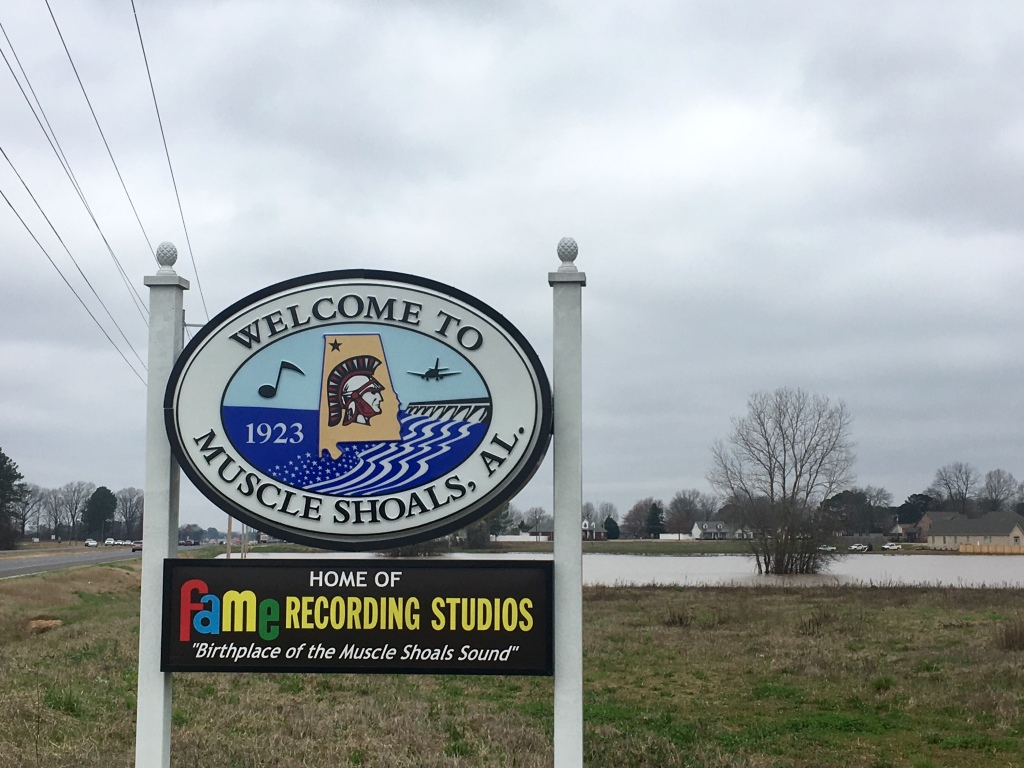 I started my day at the Alabama Music Hall of Fame, which has not yet inducted any of my most personally held favorite Alabama musicians, but boy are there some good ones in there, though: Hank Williams, Emmylou Harris, Lionel Richie, Tammy Wynette, Percy Sledge, Sam Phillips, Nat King Cole, Rick Hall, Wilson Pickett, Eddie Hinton, Spooner Oldham, and the Muscle Shoals Rhythm Section including David Hood (father to Patterson Hood, frontman of the Truckers). And so many more.

As a destination, the Hall of Fame is a bit run-down, but full of history and artifacts and lore. If you’re a fan of even a couple of these guys, I think it’s worth a visit. The $10 entry feels a hair steep, maybe, but I’m glad this place is here so I shrug and I pay it. I got some shots. 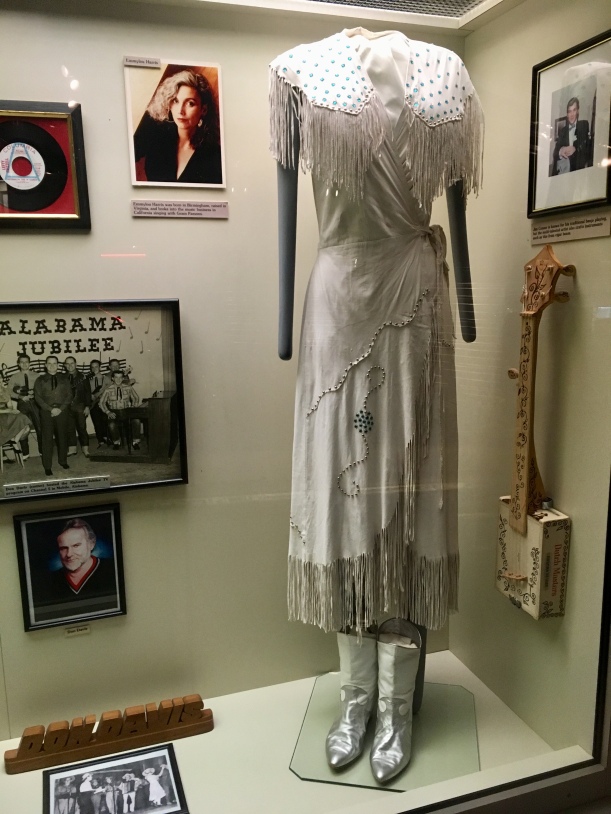 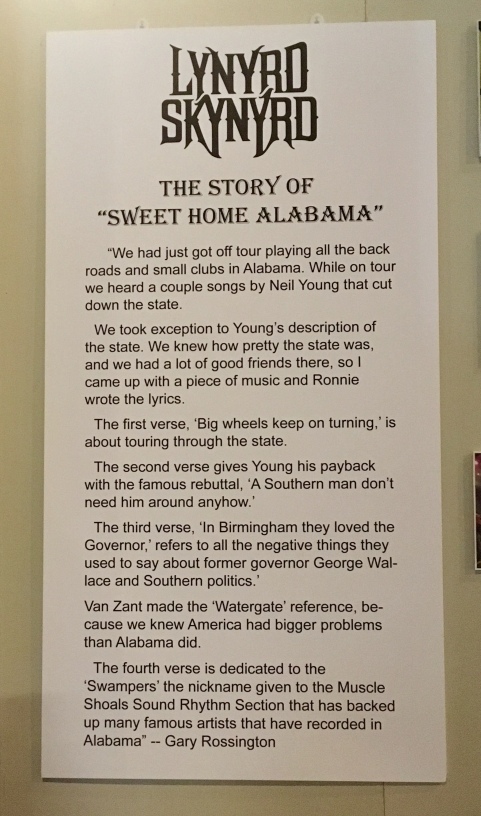 “This odd looking steel guitar, called ‘The Contraption,’ enabled Pappy Neal McCormick to change tunings rapidly while performing on network radio and television shows. Each neck would be tuned to a different key, and he could rotate the instrument quickly to the appropriate neck so as to avoid the need to retune.” 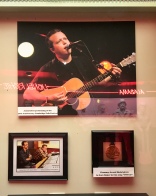 Isbell is not inducted – YET – but he got a mention right by the front door. 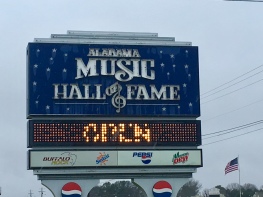 Eddie Hinton, hero to the Truckers and to me. he didn’t get much of a display despite being an inductee.

Next I visited FAME Studio, the fabled beginning of the famous Muscle Shoals sound. Rick Hall and two partners opened FAME in 1959; by 1961 he was solo, and immediately making history. I took a $10 tour that was worth every penny and then some – don’t ask what I then spent in the gift shop on a book, an album, a couple of stickers and a t-shirt. Tour guide Spencer was entertaining and chock-full of names and stories; it was a lot to take in and I couldn’t stop grinning. I was star-struck just being in the same room where so many greats have recorded. Aretha Franklin, Etta James, Percy Sledge, Wilson Pickett, Otis Redding, Lynyrd Skynyrd, the Truckers, Isbell, Spooner Oldham, Band of Horses, Phish, Gregg Allman, Steven Tyler… 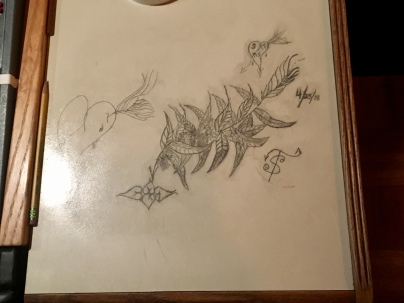 art on control board by Steven Tyler, who turned out to be a really cool guy, they say 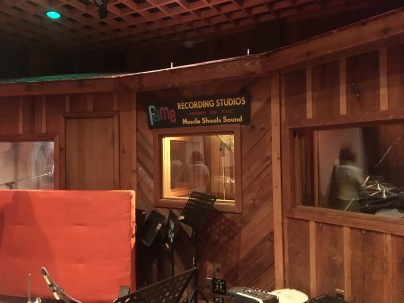 where all the magic has happened: Studio A 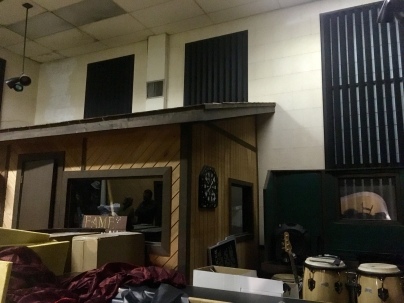 Studio B, the newer, larger space, is a mess right now as they bring in some new equipment 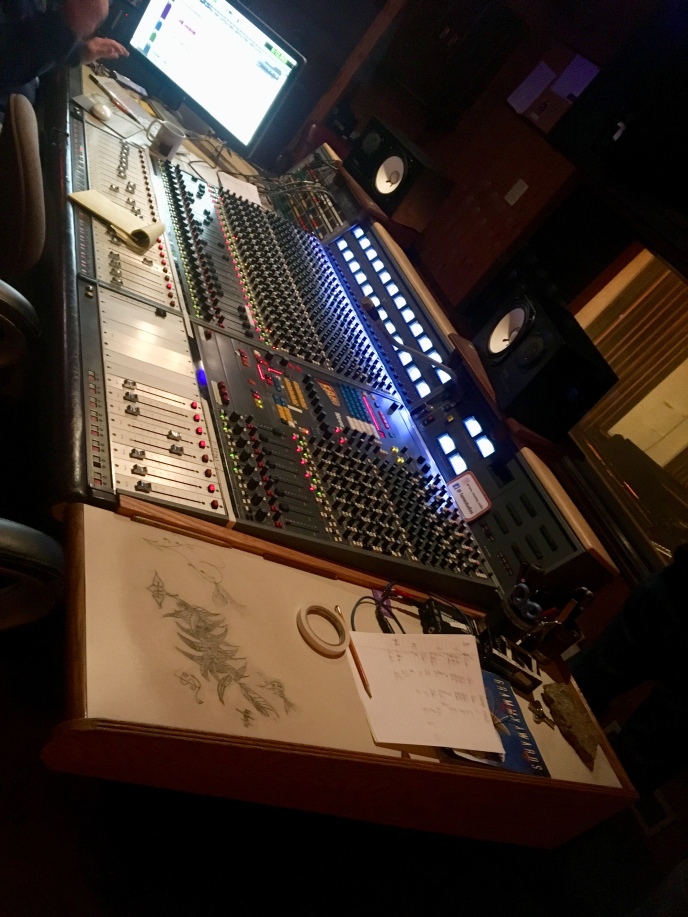 control board with Rodney Hall (Rick’s youngest son) at work 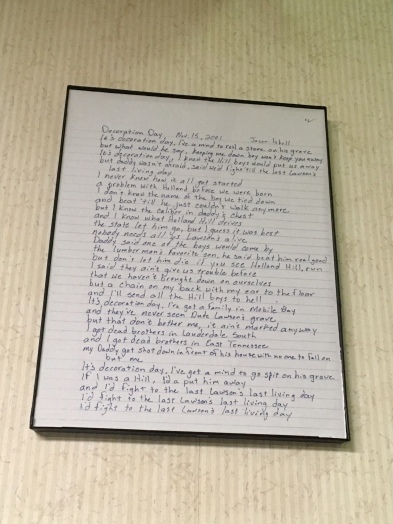 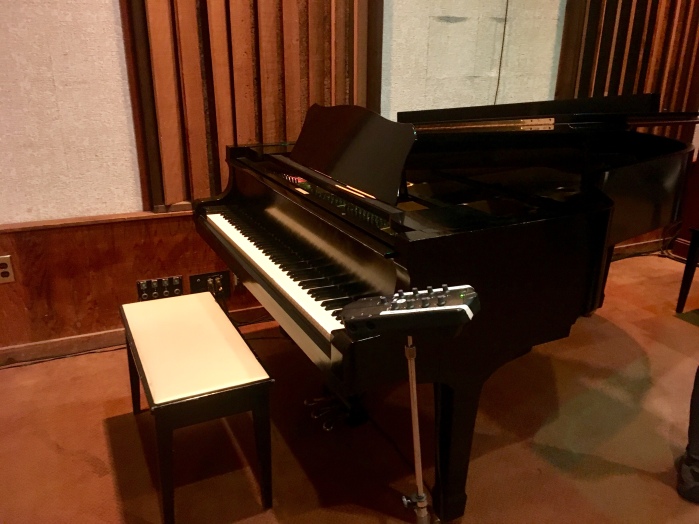 piano that Alicia Keys recorded on 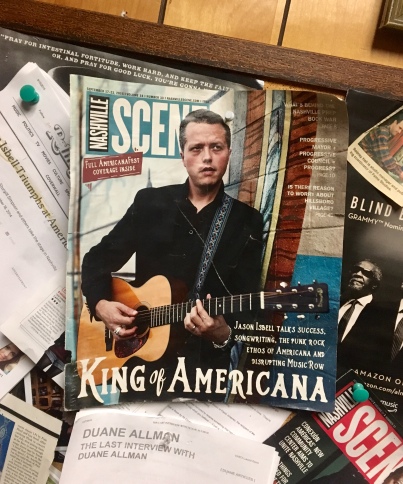 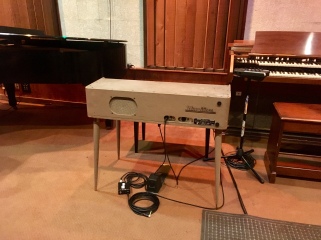 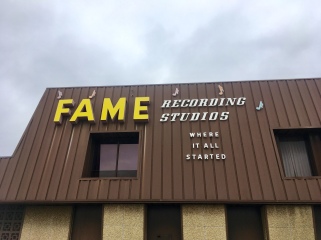 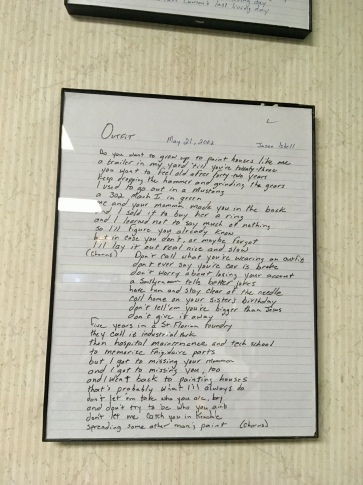 There’s more. But I’m going to break this post into two parts, lest I overwhelm you.