Whew. I’m having trouble keeping up with all of this, myself. Shan’t wait so long next time.

Carolina Beach/Kure Beach/Wilmington were a single location, I’m calling it, with hikes and beach time and bars and several breweries, and I picked up my packages (binoculars and solar!), and then I moved north to the area of Cape Lookout National Seashore. Weather warming and free parking getting a bit scarce, but we make do.

I don’t even know where this photo is from. Hops in a van on a beach, ho hum 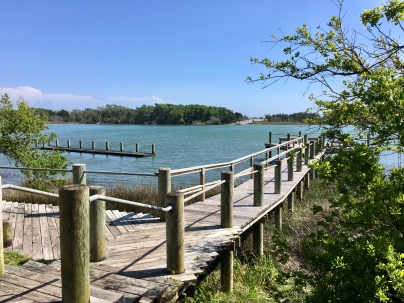 looking across at the Rachel Carson Reserve

dusk at the Boathouse in Beaufort 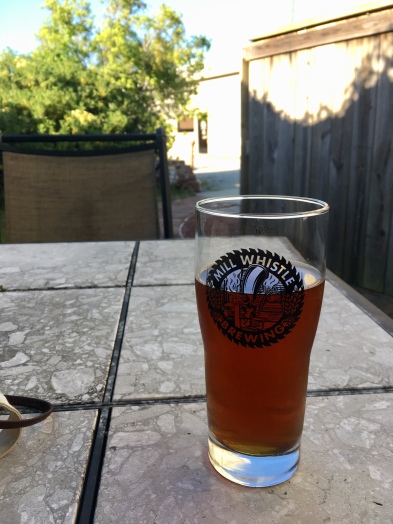 I had a few nice days up and down this short piece of coast. And we took a boat ride! I found a passenger ferry willing to carry Hops, and we rode across from the mainland to Shackleford Banks, one of the islands in the National Seashore–and one of several that are home to wild horses. These horses (I was told by ferry staff) have been DNA-tested and are descended from Spanish mustangs. Their forehorses were either tossed overboard from ships that were stuck on shoals and sandbars, to lighten the load, or were passengers on shipwrecked vessels. There are about 118 horses on Shackleford Banks now (rumors of a new baby are unconfirmed). Nobody feeds or waters them; they take care of themselves there on the island. Some people call them ponies, but they are genetically horses–just undersized because of nutritional limitations there on this 9-mile stretch of land.

I had my new binoculars with me, and enjoyed some very good views of the horses, which are shaggy and variously colored–some of them have white-blond manes and reminded me a little of punk rockers. But the photos, with my aging iPhone, are not nearly so nice. 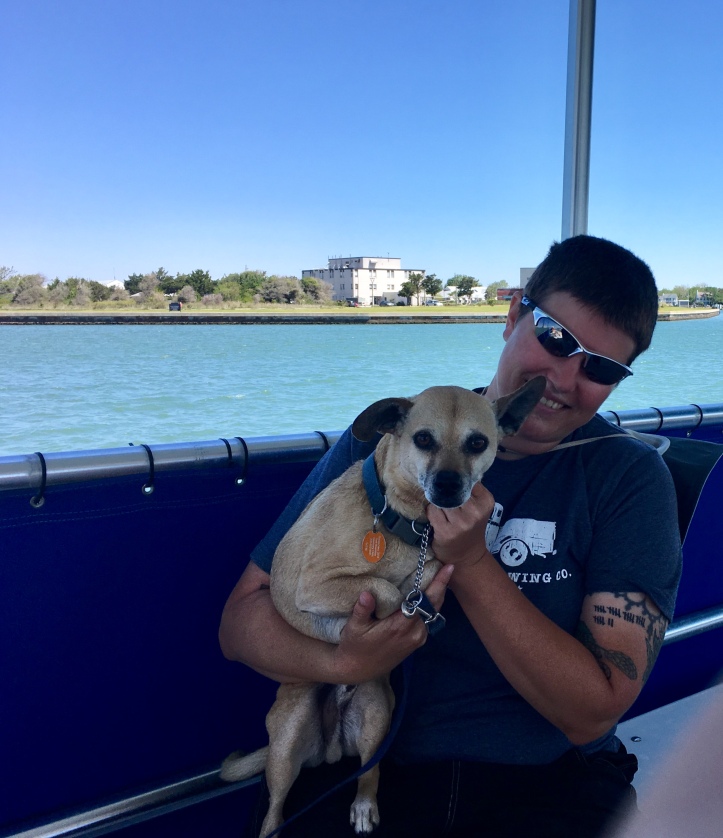 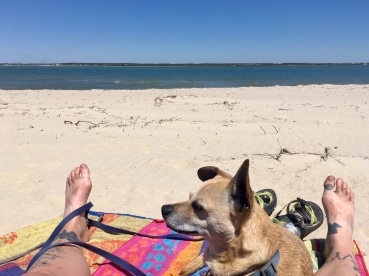 horse bones? (we were specifically told not to remove horse or whale bones) 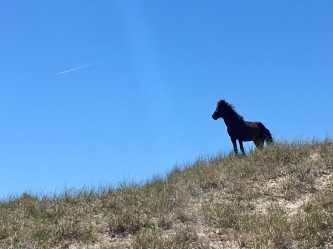 he’s okay on land though

If Hops is ever to ride on a boat again–a small one, where he can tell he’s on a boat–he’ll need sedation.

From the sweet Cape Lookout/Beaufort* area, we headed north again…