Hops and I got up early for some yoga and then headed into the city. I had errands to run: fuel for the stove, dog food, oil for the van, boring things like that. I accomplished everything pretty easily in the outskirts, and then into the city center via Monument Avenue, which reminded me very much of Houston’s Heights Boulevard, with its width and broad esplanade, its old stately houses, and its public art and statuary. Several intersections felt so familiar that I felt a little disoriented. I walked around (the outside of) the Holocaust Museum and Edgar Allen Poe Museum, and a bit of the floodwall at the James River, including the site of Libby Prison, where Union prisoners of war were held during the Civil War in apparently horrendous conditions. The prison is gone – moved to Chicago where it served as a war museum until it had to give way to a coliseum – but there remains a plaque, “re-erected 1980 by Sons of Confederate Veterans and the Sons of Union Veterans of the Civil War.” One wonders about the motivations of the two groups. 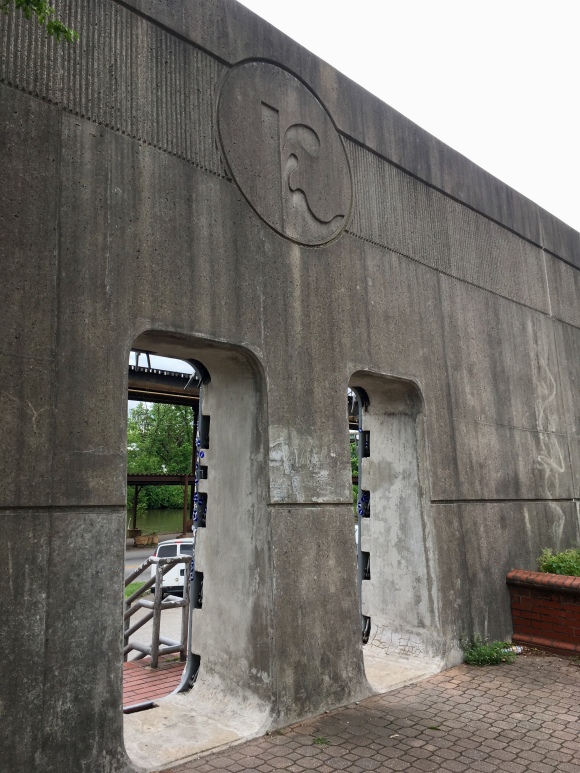 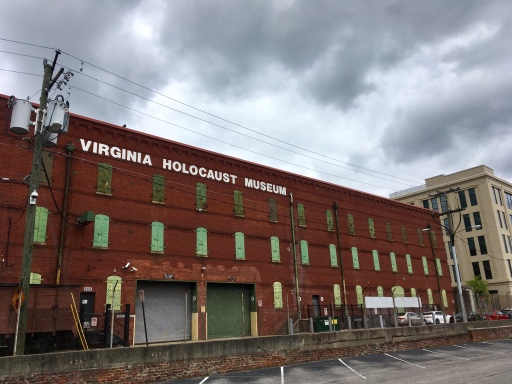 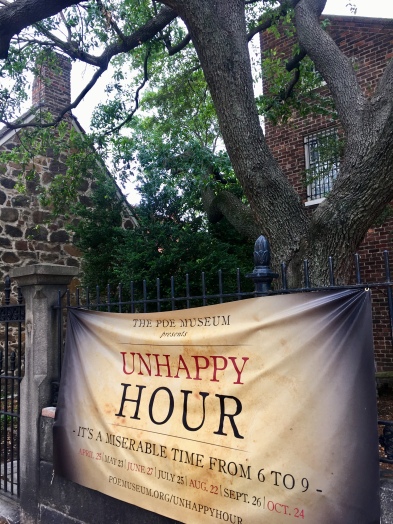 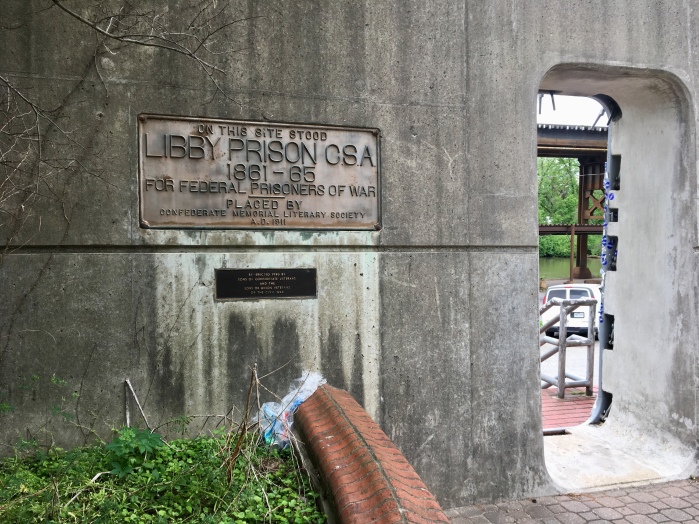 Then I made my way to the state capitol grounds for the Virginia Civil Rights Monument, which was my main goal.

For a destination, this is a diminutive thing, and one of 8 monuments and statues on the capitol grounds. I made a walk of it, seeing these beautiful grounds and all 8 monuments. You should go read more of the story here, but the monument honors Barbara Johns, who at 16 led a student walkout from a criminally underfunded Black high school in Farmville, Virginia, as well as the other students, activists and lawyers involved. While the civil rights monument is well done, I was left with a sour feeling, the feeling of tokenry: there’s the civil rights monument, a monument to women and one to Native Americans; the rest are old white men, including George Washington, several Confederate “heroes,” a doctor, and Edgar Allan Poe. Martin Luther King, Jr. gets a tree. It all feels a bit out of proportion, as if white men have done 85% of the work of Virginia and women, Native Americans and Blacks added a little bit here and there. I do appreciate the civil rights monument. 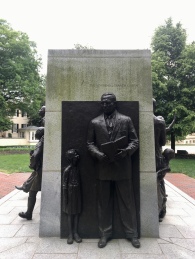 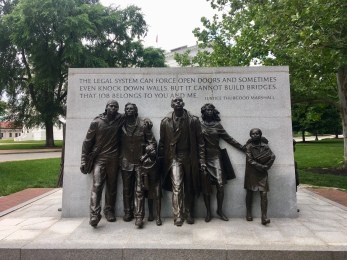 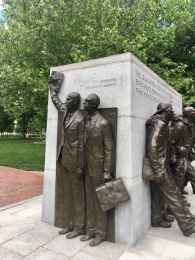 And I want to pull out the women’s and “Indian tribute” pieces as well.

Mantle is an earthwork monument by Mohawk artist Alan Michelson, based on the deerskin mantle in the Ashmolean Museum, Oxford, catalogued as follows in 1656: Pohatan, King of Virginia’s habit all embroidered with shells, or Roanoke. Historians believe the 34 embroidered shell disks, each sewn in a spiral pattern from which the shape of the tribute derives, may represent the nations of the Powhatan Confederacy, whose traditional homelands, Tsenacommacah, include this site.

One of nature’s fundamental forms, spirals are present not only in shells but also in the growth pattern of plants and trees. The tribute’s terraced design and elemental materials, including indigenous stone and plants, honors the land now known as Virginia and its original inhabitants and keepers of the land – the Indian nations – and celebrates their active presence and enduring culture.

Visitors are invited to follow the winding path to the fountain at the center, inscribed with the original names of Virginia waters.

Echoing the indigenous spiral sense of time, from which one may look backward to the past and forward to the future, Mantle is a welcoming space inviting contemplation of the four “r’s” of the indigenous worldview – respect, relationship, reciprocity, and responsibility.

And here’s the rest of the stuff. 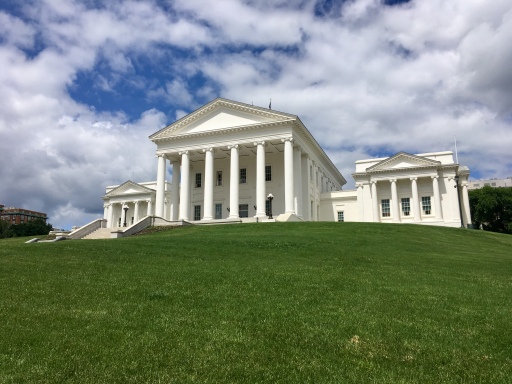 it is a lovely capitol building. 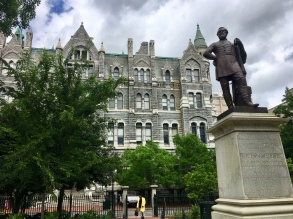 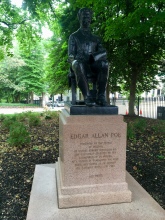 I believe this is the Oliver Hill Building 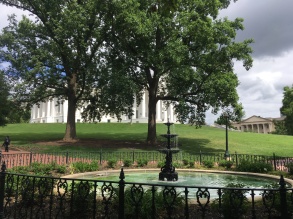 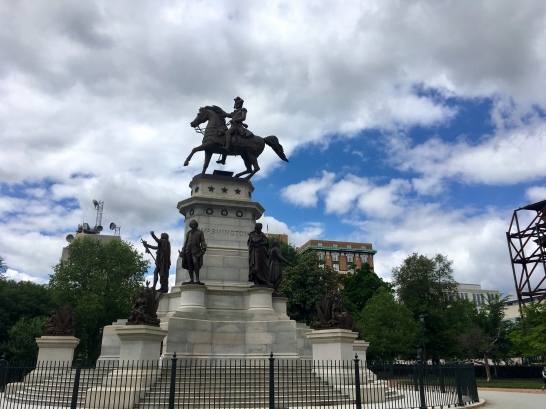 Washington on a horse

From there I went on to see my buddy Beasa from my MFA program and their partner Diane. It was a great visit! We hung out in Foxy and had wonderful Jamaican food for dinner, and Beasa and I sat and talked and I could have done it for hours and hours more because they are wonderful, but Hops and I had to make the drive back to our riverside oasis. 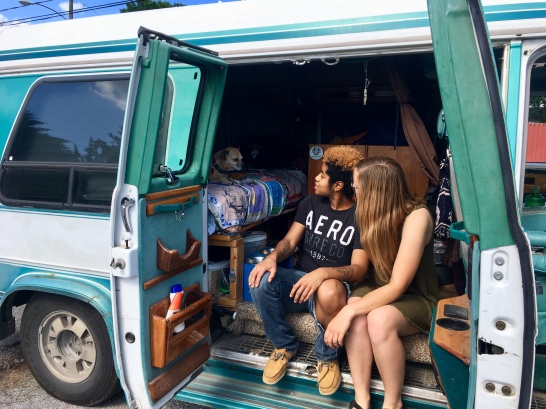 I love these people so much. Foxy never looked so good!